Finny was postdoc from 2016 to 2020. He has worked on the role of endogenous viral elements in antiviral defense. In addition, he has worked on small molecule inhibitors of alphavirus replication and spearheaded to work on SARS-CoV-2 in the laboratory. He is now Senior Scientist at the gene therapy company uniQure.

Joep Joosten
Joep was PhD student from 2015 to 2020. He has worked on the characterization of proteins complexes responsible for the biogenesis of (virus-derived) PIWI-interacting RNAs (piRNAs). He will defend his thesis shortly. He is now postdoc at Radboud University working on membraneless organelles.

Febrina Meutiawati
Febrina was PhD student from 2016 to 2020 on a LDPD fellowship from the Indonesian government. She worked on small molecule inhibitors of dengue virus replication.

Inge Rondeel
Inge was technician in 2018 and 2019 and has now moved to the Hubrecht Institute in Utrecht.

Billy Palmer
Billy was a guest scientist from Sept-Nov 2017 and from April-June 2018, visiting the lab as a EMBO short term fellow from the University of Edinburgh to work on immune evasion by a DNA virus of Drosophila. He is now postdoc at the University of Colorado.

Bas was technician from 2014-2018. He is now technician at the biotech company Khondrion.

She defended her thesis ‘Antiviral RNA interference in insects and mammals on December 17, 2019. She is now project manager at a Clinical Research Organization.

Rob was PhD student in the lab from 2014 to 2016. He studied the role of microRNAs in viral infection of Drosophila. He went on to become a chemistry teacher at a highschool.

Erika was postdoc in the lab from 2014 to 2016. She studied biogenesis and function of piRNAs in Aedes aegypti. She is now Assistant Professor at the University of Strasbourg, France.

Sarah Merkling
Sarah defended her PhD thesis ‘Resistance and tolerance to virus infection in Drosophila’ on January 2016. She moved on to study mosquito-virus interactions as a postdoc in the lab of Louis Lambrechts and is now CNRS scientist at Pasteur Institute.

Koen was a postdoc in the laboratory. He studied different aspects of antiviral RNAi and identified novel inhibitors of Dengue virus. He now works as a project leader at AMD Animal Health.

Walter defended his PhD thesis ‘Small RNA-based antiviral defense in insects’ on Nov 21, 2015. He now studies small regulatory RNAs and germ cell biology as a postdoc in the lab of Rene Ketting at the Institute for Molecular Biology in Mainz, Germany. 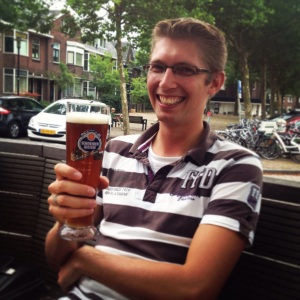 Joël van Mierlo
Joël was the first PhD student to join the lab. On Jan 10, 2014, he defended his thesis ‘Viral suppression of antiviral RNAi in insects’. He is now a senior scientist at Micreos Food Safety.

Minh Nguyen
Minh joined our lab as a MSc student for an internship from Jan – July 2009. After her graduation, she joined us again for a few months (April 2011 – July 2011). She is now a postdoc at the dept. of Human Genetics, Radboud University Nijmegen Medical Centre.

BSc and MSc Students
Over the years, many students joined the lab for their BSc and MSc internships.

January 2019: We welcome Femke van Hout for her Bachelor’s internship in the lab.

December 2018 & January 2019: We welcome Stijn van de Plassche and Christine Moene for their Master’s internship in the lab.

October 2018: Billy Palmer (former PhD student in Darren Obbard’s lab) along with Joep and Gijs publish their story on the suppression of Toll innate immune signaling by Kallithea virus (a DNA virus of Drosophila) in Journal of Virology. Congrats!

October 2018: Pascal’s PhD thesis has been chosen for the Westenbrink Prize by the Dutch Society for Biochemistry and Molecular Biology. Congratulations!!

September 2018: Rebecca won an award for the Best Poster at the ‘piRNAs and PIWI proteins’ EMBO workshop held in Montpellier, France. Congrats!!

This work is licensed under a Creative Commons Attribution-NonCommercial-ShareAlike 3.0 Unported License.